Thomas Bantock was born in 1823 in the little village of Golspie near Inverness, the son of Benjamin Bantock, a gamekeeper. Though a prize-winning schoolboy, he left school at 16 and was taken into the employ of the Trustees of the Duke of Bridgewater, who had large interests in collieries and canals. He started work undertaking various duties in the collieries, canal and transport departments, a position which he held until 1849.  Bantock moved to Wolverhampton in 1849 and married a local woman called Mary Dickinson in 1852 and by 1867 he had moved into Bantock House, then known as Merridale House, with his wife and ten children (seven daughters and three sons).  He was sent to Wolverhampton as an agent of the Trustees in 1849, at the age of 26. Here he soon saw that the transport of goods in the future would be by railway and that the canal traffic was bound to decline. By 1858 he had a valuable contract in his own right with the Great Western Railway. By 1861 he was the Trustees' district agent, though he also worked for the Great Western Railway. 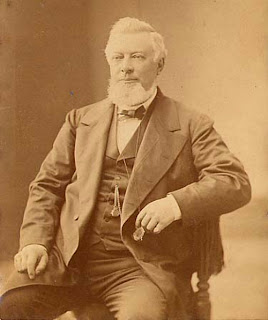 He then set up in business in 1858 as Thomas Bantock & Company, with offices within the Great Western Railway’s Wolverhampton low level station and in his own right he became an ironmaster, mined coal at Ettingshall Lodge Colliery, Springvale in Bilston and built boats and wagons at Ettingshall dock, Millfields, Ettingshall. It was as head of Thomas Bantock & Co. that he escorted Queen Victoria on her visit to the town in 1866.  He had strong Christian principles which led him into politics as a Liberal and he was elected in 1861 to represent St Mary's Ward, which was one of the poorest areas of the Town.  In 1869 he became Wolverhampton’s Mayor, and spent the next thirty-three years as a member of the Council before retiring in 1893.  At the time of his mayoral election, in 1869, Thomas Bantock was working for the Great Western Railway Company in the transport department, as well as having his commercial interests in the local coal and iron trade, having his own Company offices at Herbert Street, at the rear of Albion wharf and also at Ettingshall Lodge Colliery, Bilston.
He died on 20th July 1895 and was remembered as "invariably found honourable, straightforward and honest in all his transactions".
Thomas Bantock’s main boat building business was carried out at Ettingshall Dock, Millfields and was located on the off side of the BCN main line between Ettingshall road bridge and Jibbett Lane bridge.  The dock was 224' deep and 47' wide leading due south off the canal and ending right at the roadside. This was 160 yards west of the Jibbett Lane bridge.  This is clearly shown on maps right up until 1938. The 1919 map shows that immediately on the other side of Millfields Road was the Bilston Flour Mill and next to that (to the east) Holy Trinity Church. The vicarage was on the north side of the road and to the west of the dock, by the canal. Beyond that to the west was the Highfields Boiler Works and then the Britannia Boiler Works.
Thomas Bantock & Co built mainly for themselves, a fleet which was shared with the GWR and having a fleet number system which encompassed both concerns, the last fleet number being 99 for a boat built in 1910.  They did build a few boats for private buyers and they certainly built some fully fitted long distance horse boats, but the majority of the boats they built were not ‘buttys’, as they are wrongly advertised nowadays, but were horse drawn day boats used on short haul work around the BCN, however they were built to unusually fine lines for day boats.  By 3rd July 1895 they had built a total of 116 boats
The original Bantock boats were built to a unique design, of composite construction and having a wooden lower strake of oak and an elm bottom, hence the dog leg knees evident in some boats. 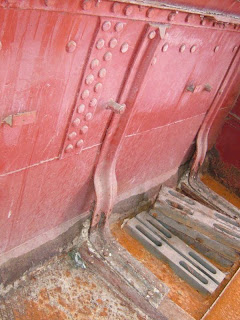 The next generation of boats had iron sides and bottoms and were not so fine lined having omega iron guards instead of proper guard irons.  The last boats they built had a few very subtle differences to the bow and stern.
Manny of the Bantock boats still exist in the form of shortened, motorised and converted pleasure boats, unfortunately due to the large number of boats just being known by numbers, many of them have been given names by their owners and their original identities have been lost.  I have listed a few below, just as examples of these unique craft. 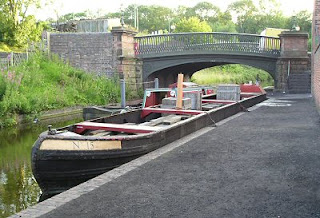 No 15
Built by Thomas Bantock for the Great Western Railway Company in about 1900.  One of the cCompany later designed boats, being of all iron construction and having Omega iron guards. This boat is on permanent exhibition at the Black Country Living Museum in Tipton.
EUSTACE
Built for short haul traffics from the  railway transhipment depot’s around the BCN. In the 1950s a cabin was added by Alfred Matty & Sons of Deepfields, Coseley and was used as a spoon dredger for canal clearance work. 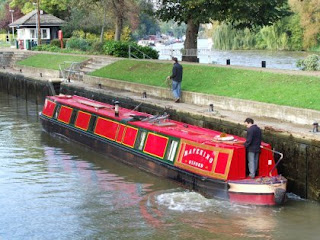 MAFEKING
Originally an open day boat built for the Great Western Railway. She was converted to an un-powered hotel boat in 1958 with a new wooden. She was taken over by a private owner for residential use in 1962. Her stern was replaced and she was converted to diesel power in Coventry in 1976. Her wooden topsides were over plated with steel and major renovations were carried out in 2006. 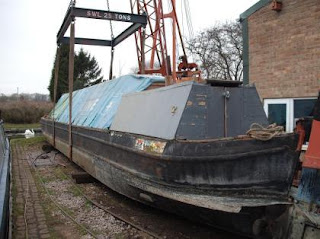 ORIANNE
Of iron construction, with a steel bottom, believed to have been built in 1884 by Thomas Bantock of Wolverhampton. She was originally a horse drawn boat but now has a Petter PJ4 diesel engine.  Probably used as a 'railway boat' by the Great Western Railway on the Birmingham Canal Navigations system. Around the turn of the century ORIANNE was sold to the T & S Elements fleet and renamed EILEEN
In 1972 she had ceased commercial carrying and was discovered in a poor state at Fradley Junction. She was then purchased by Tony Higgins and shortly afterwards taken to Ken Keays boatyard in Walsall where a new steel bottom was fitted. 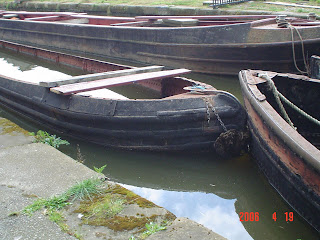 CENTAUR
Built circa 1890 by Thomas Bantocks either for themselves or the Great Western Railway. She worked on the Birmingham Canal Navigations.She is an unpowered narrow boat and is one of the few surviving examples of an unusual composite narrow boat construction, whereby the main upper sections of the hull sides, in wrought iron, are fastened to a timber strake; the timber strake then being fastened to bottom boards in the manner usual with timber constructed narrowboats. 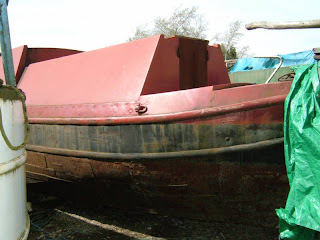 PAMELA
An early Bantock boat originally having a wooden bottom plank. In the 1960’s was converted and used as a horse drawn hotel boat. 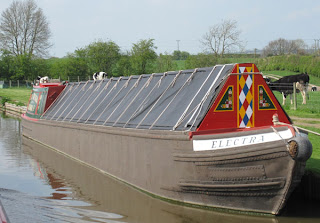 ELECTRA
Worked for the Great Western Railway Co. based at Withymoor Basin, where there was a major transhipment centre. The name was given by Dudley Canal Trust.. The bulk of the traffic at Withymoor was that connected with Noah Hingley’s Iron works, although goods from Dolton’s Rowley Pottery and the Hartshill Iron Co. were also handled. Withymoor basin closed in July 1965 and GWR boatages ended in 1969.

Well once again there you are, a potted Blossom history and as always,
Don't bang 'em about
Blossom
Posted by Blossom at 17:35