I hate this time of the year! The days are short and the weather is cold and wet. I don’t get to go boating and so have very little to blog about, unlike the summer when the days are longer and dryer and I do a lot of boating but don’t have time to blog.  I am particularly down at the moment as I can’t shake off this damn cough and thick head/nose I have had for the last couple of months, in fact since I finished off the boating season so to speak. Everybody suddenly becomes a pharmacist at times like this giving free expert advice to try this cough mixture or that linctus, all to no avail.  I am a firm believer in the non-use of medications or visits to the doctors unless absolutely necessary.  Dawn goes mad at me when I complain of a toothache or headache and she says “take some pain killers” but I don’t stating “your body will cure it itself”  This has me thinking about the remedies that were used when I was a child in the 1950’s by parents and grandparents.  I have listed some of them I can remember just for your amusement perhaps. (I am not recommending any of them so if you’re daft enough to try them be it on your own head.)
1. If you banged your head and a bump appeared (known as a Coco) while out playing, my mother would rub the bump with a knob of butter.
2. If you got a bee sting, she would dab it with vinegar.
3. If you got a wasp sting however, it would be rubbed with either butter or half a fresh cut onion.                                                                            NO WONDER US KIDS ALL SMELT IN THE 1950’S
4. If you stung yourself with nettles the resulting ‘bumps’ would be rubbed with either dock leaves, if you were outside playing or if you were in the garden they would be rubbed with the ‘dolly blue’ bag used for washing whites. 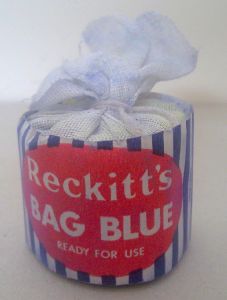 5. Gran’s cure for a sore throat or a cough was a large dollop of Vaseline placed on the back of your tongue with her index finger, then being made to swallow it followed straight away by a table spoon of beetroot vinegar.  I never had a cough when I was young.
6. Neck boils were cured by applying a bread poultice to draw them. A clean man-size handkerchief would be folded on its diagonal to form a triangle, a piece of bread about 2” square would be placed on the centre and soaked with boiling water then this would be placed, bread side to the skin while as hot as could be stood then the handkerchief tied around the neck and worn until it went cold.  It would then be removed and re-soaked in boiling water and the whole process repeated until the boil came to a head and burst.
7. Another cure for boils, though I've never seen it used, was to fill a clean sterilised milk bottle with boiling water, then tip all the water out and hold the neck of the bottle over the boil, holding it in place while the bottle cools.  As the hot air in the bottle cools and contracts it causes a partial vacuum which sucks the puss out of the boil. I have heard of cases where the bottle was too hot to start with and the suction was so great that the bottle had to be smashed to get it off the neck!
8. If we came down with a cold or flu, you were put to bed with a glass of boiled lemonade with a Beechams powder whisked into it and told to drink it all down as hot as you could stand it.  This would really make you sweat all night and the cold/flu would be gone.

9. For mouth ulcers, a solution would be made by dropping a couple of crystals of Permanganate of potash in a cup of warm water which would be used as a mouth wash and gargle.
10. Ear ache would be cured by putting olive oil in a tea spoon then holding it over a low gas flame to warm it, then it would be poured down your ear while you held your head over.
11. If you complained of sore or tired eyes, they would be bathed with cold tea.
Well that’s it until I think of some other inane dribble to blog so until then,
Don’t bang ‘em about
Blossom.
Posted by Blossom at 13:36