EATING IN THE FIFTIES & SIXTIES

Writing that last blog made me think of other things about the 1950’s so here’s a mish mash of my thoughts:  Pasta had not been invented, a pizza was something to do with the leaning tower, curry was a surname,  Indian restaurants were only found in India and olive oil was kept in the medicine cabinet.  Spices were imported from the Middle East where they were used for embalming the dead, and herbs were used to make rather dodgy medicine and prunes were medicinal.  Seaweed was not a recognised food.  The only vegetables known to us were spuds, peas, carrots, cauliflower, broad & runner beans, parsnips, swede and cabbage. We had not heard of Butternut squash, sweet potato, artichoke and if dad had have caught mom picking baby corn cobs or unripe peas (mangetout) off the garden he would have gone mad. 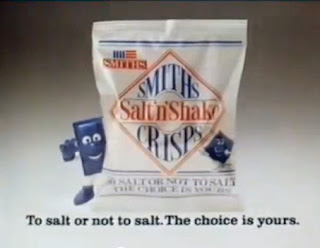 All crisps were plain; the only choice we had was whether to put the salt (little blue bag) on or not, condiments consisted of salt, pepper, vinegar and brown sauce if we were lucky.  Soft drinks were called pop and Coke was something that we put on the fire.  A Chinese chippy was a foreign carpenter and rice was used in a milk pudding, and never, ever part of our dinner.  A takeaway was a mathematical problem, a Big Mac was what we wore when it was raining. A Pizza Hut was an Italian shed.  A microwave was something out of a science fiction movie.  Brown bread was something only poor people ate.  Oil was for lubricating, fat was for cooking.  Bread and jam was a treat, tea was made in a teapot using tea leaves. 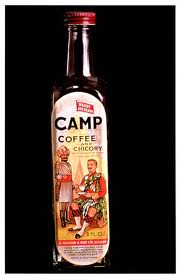 Coffee was Camp, and came in a bottle and cubed sugar was regarded as posh.  Bananas and oranges only appeared at Christmas time along with Figs and dates, but no one ever ate them.  Coconuts only appeared when the fair came to town.  Only Black country folk ate scratchings and they were made from leaf fat not pork rinds.  Salad cream was a dressing for salads, mayonnaise did not exist
Hors d'oeuvre was a spelling mistake...The starter was our main meal, soup was a main meal.

Only Heinz made beans.  Leftovers went in the dog as special foods for dogs and cats was unheard of.  Fish was only eaten on a Friday and fish didn't have fingers in those days.  Eating raw fish would have been called poverty, not sushi.  The only ready meals came from the fish and chip shop, where for the best taste, they were cooked in lard or dripping and had to be eaten out of old newspapers.  Frozen food was called ice cream and it only came in one colour and one flavour,  nothing ever went off in the fridge because we never had one and none of us had ever heard of yoghurt.  Jelly and blancmange was only eaten at parties.  All foods were considered healthy, people who didn't peel potatoes were lazy.  Brunch was not a meal.  If we had eaten bacon lettuce and tomato in the same sandwich we would have been certified, and a bun was a small cake.  The word" Barbie" was not associated with anything to do with food as eating outside was a picnic, while cooking outside was called camping.  Pancakes were only eaten on Pancake Tuesday.  “Kebab" was not even a word never mind a food, hot dogs were a type of sausage that only Americans ate.  Cornflakes had also arrived from America but it was obvious they would never catch on.  The phrase "boil in the bag" would have been beyond comprehension.  The world had not heard of Pot Noodles, Instant Mash and Pop Tarts. 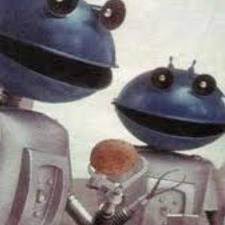 Sugar enjoyed a good press, and was regarded as being good for you.  Lettuce and tomatoes were only available in Summer, but surprisingly muesli was readily available in those days, it was called cattle feed.  Turkeys were definitely seasonal and
Pineapples came in chunks in a tin.  We had never heard of Croissants and we thought that Baguettes were a problem the French needed to deal with.
Garlic was used to ward off vampires, but never used to flavour food.
Water came out of the tap, if someone had suggested bottling it and charging more than petrol for it they would have become a laughing stock.
Food hygiene was all about washing your hands before meals.  Campylobacter, Salmonella, E.coli, Listeria, and Botulism were all called "food poisoning." And finally, the one thing that we never ever had on our table in the fifties & Sixties were our elbows, otherwise our mothers would have
banged ‘em about
Blossom.
Posted by Blossom at 12:20