Just thought it might be of interest to some readers if I were to record some of the information that I have gathered about some of the lesser known boat builders.  Especially as this one was based on my local patch, so to speak.
History in Brief.
Braithwaite & Co Engineers Ltd is now part of the Rowecord Group, and has a diverse portfolio which includes the design and supply of the largest GRP and Steel water storage tanks in the world. It’s heritage can be traced back to the company Braithwaite & Kirk, engineers and contractors of Crown Bridge Works, , which was established in 1884. At some point in the early twentieth century, the name Braithwaite & Co Engineers Ltd was adopted. The Company was engaged exclusively for a number of years on the manufacture of steel Bridges, the majority of which was for export.
Very early beginnings
Joseph Newey, who became a member of the construction engineers, was born on 15 December 1846 in Poplar, London, the fourth child of eleven children born to George and Sarah Newey. His father was a boiler maker employed by the shipbuilders Ditchburn & Mare of Deptford, . Later as CJ Mare & Co, George Newey was employed as one of five foremen on the construction of the Britannia bridge, where he met up with Thomas Fleet and together
with James Riley, formed the firm of Riley, Fleet & Newey in 1848, as subcontractors to the Britannia bridge fabrication.
In 1861, aged fourteen years, Joseph Newey was articled to his father's firm, the Crown Works of Fleet & Newey of , , . There he learnt all aspects of working with iron, and with time he was involved in the design, working drawings, manufacturing supervision and erection on site of lattice girder iron bridges, in England and abroad. Projects such as railway bridges over the Itchen river, Southampton in 1866, along the railway line from Port Louis to Mahbourg in Mauritius for Thomas Brassey in 1864, along the railway line from San José to Puerto Limón in Costa Rico for Minor Cooper Keith in 1871, along the railway line from Santos to Sao Paulo in Brazil for Robert Sharpe & Son in 1867, and other bridges in New , and .
By 1861, Fleet & Newey, were producing a wide range of engineering facilities at their Crown Works near Swan Village including wrought-iron, steam engines, boilers, gas-holders, purifiers, tanks, bridge and other girders, iron roofing’s, Thames and canal boats, evaporating and sugar pans, water-barrels, barrows, and miners' tools. They also advertised themselves as general smiths.
A Company name change in 1884 and Fleet & Newey became Braithwaite & Kirk, engineers and contractors of Crown Bridge Works, .
The extensive Crown Bridge Works of Braithwaite & Kirk Ltd. Was located on the Balls Hill branch canal Just off Henry Street and south of Ryder Street the site originating in the mid-19th century when Riley,

Map of Swan Village 1890, Braithwaite & Kirk were situated on the outside of that sharp turn by the words Swan Village.
Fleet & Newey started their structural engineering  business there.  The works was serviced by two basins provided for the delivery of raw materials as well as the despatch of finished goods.
In 1912, FMC commissioned Braithwaite and Kirk of to build 24 iron composite butties, at £190 each. They are recognised by having much finer fore-ends than the Saltley butties, with very little tumblehome on the top bends. Many of these boats had fore-cabins, and the majority were named after towns. The batch commenced with GRANGE in May 1912, and was completed in April 1914 with . Particularly well regarded by boaters, as they will bow haul into a lock at almost any angle without stopping.
The 24 Braithwaite Horse Boats 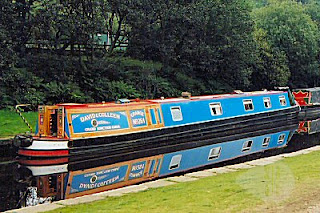 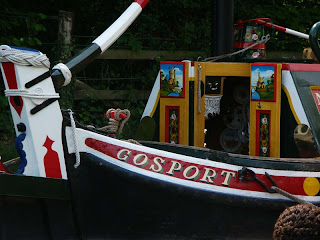 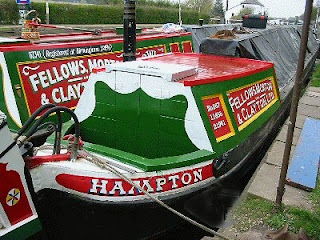 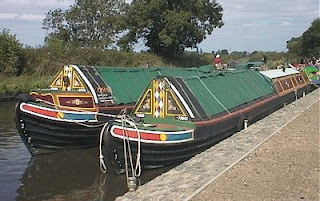 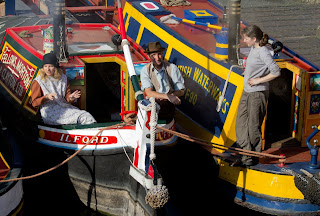 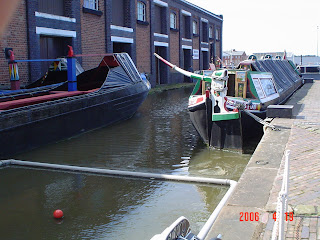 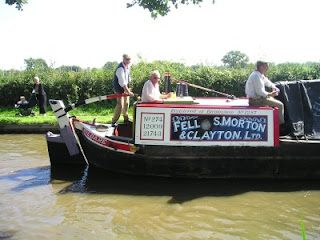 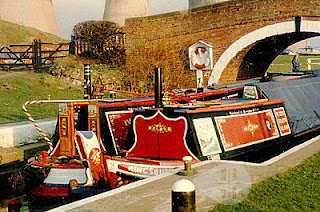 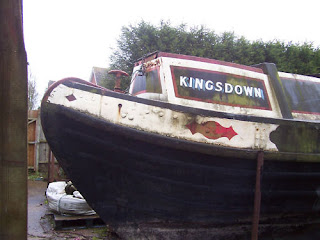 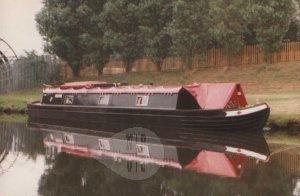 YARMOUTH
Braithwaite’s Spreads it’s wings.
Braithwaite & Co Structural Ltd was established in 1913 as the Indian Subsidiary of Braithwaite & Co Engineers Limited (U.K.), for undertaking fabrication of Structural Steel Works. The Company was incorporated in Bengal as Braithwaite & Co () Ltd on February 28, 1930. The Clive works in commenced manufacture of wagons for Indian Railways from 1934. In the year 1960, Braithwaite's Angus Works located at Bhadreswar, Hooghly District was setup for manufacture of Cranes, Foundry products, Machinery components etc. The Project Division at was established in 1978 to execute turnkey projects for material handling plants. In 1987 Victoria Works was taken over, which was equipped with all facilities for manufacture of Pressure Vessels, Railway Wagons and Heavy Structures. Braithwaite & Co Limited was registered and incorporated on 1 December 1976 as a fully owned Government of India company and was put under BBUNL after the formation of this holding company in 1986.


End of an Era.
Braithwaite & Co Engineers Ltd moved all operations to in the early 1980’s bringing to an end over 125 years of heavy engineering on that site
Braithwaite & Co Engineers Ltd became part of the Rowecord Group and is operated from the Neptune Works in , . It has a diverse portfolio which includes the design and supply of the largest GRP and Steel water storage tanks in the world.
Finally, majority of the remaining Braithwaite & Kirk horse boats are now one hundred years old being built in 1912 so, if you see one out on the system,
Don’t bang ‘em about.
Blossom
Posted by Blossom at 16:30